A year ago, the Reserve Bank of India (RBI) mandated credit bureaus in India to give a full credit report free of charge to each customer every year. Moreover, many fintech companies are working towards devising alternative credit scores that can use data other than credit history. Mint Money spoke with Kalpana Pandey, managing director and chief executive officer, CRIF High Mark -

The RBI-mandated free credit reports to each consumer started a year ago. Has there been a significant growth in number of people accessing credit reports? How has it impacted the B2C part of business? 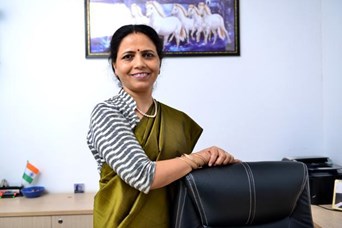 When this thing was being deliberated upon by the RBI, a lot of efforts were put in to understand what kind of volumes to expect. Our concern was how do we size up for such an activity, with the kind of population that India has. Making our infrastructure ready, including the software with such a scale was actually a challenge at our end. The purpose behind this exercise was to create awareness. Another point of view was that with the kind of awareness that exists around credit reports, the volumes will not be very high. Actually the volumes are not so high, is what we see as of now after a year has passed since the free reports started. The volumes have not spiked up so much. There is some spike around some awareness campaigns by various groups, it again tapers down. It is also possible that the volumes are going to the credit bureau that started first, as it is more commonly known. But people who want to take a paid credit report still take that. We have not seen that number go down. So there has not been a negative impact on the business with the free credit reports.

The free report is also supposed to be a complete credit report. Why will a consumer buy something when she can get it for free?

Both the reports are same in terms of content. Our free credit report is delivered within 2-3 working days, and the paid one is delivered instantly. So a person who is looking for a loan and has a specific agenda to access credit score instantly, will go for a paid one. But if someone just wants to do a credit health-check, which is the ultimate agenda behind free reports, they go for the free one. They do not mind waiting for a couple of days. It takes a couple of days as we process those in our offline hours. There are also people who are looking at their credit report frequently to understand how it works or to build a credit score.

Credit reports also give the consumer a chance to correct incorrect information about their financial past. How frequently does this happen?

Many people get surprised. Initially this happens when a loan or credit card they had applied for is rejected. So when you apply a credit card and it gets issued, you don’t even get to know if there was something wrong with your credit history. But when it gets rejected, then you start wondering and get to know that it got rejected due to a poor score. Then it might come to light that some transaction to repay an outstanding amount you made in the past was not captured accurately.

But doesn’t transmission of data from banks to credit bureaus happen digitally now? How does misreporting happen?

The quality of the data that we have at present is on an upward curve. All these are problems of the past. Our banking systems leapfrogged from being physical to digital. All this happened between 2005-12. The data from the past 2 years will be much cleaner but not the data older than that. So there is a historical reason for quality of data.

Alternative data points, like social score, have been talked about in the past few years but nothing concrete can be seen.

There are so many legal and other issues. I was also part of the RBI committee that looked into this. What we looked at was utility bill payments and tried to examine how feasible that would be and overall benefit of the entire exercise. So we understood that something can be derived out of this if the data comes to a credit bureau. But many of these services come under universal service obligations and they have to give the service anyway. There was a question of reciprocity. What will the utility service providers gain by sharing the data. An analysis was done for water services, if I remember correctly, that if the data was to be shared with the credit bureaus, there will be amendments that will need to be done in the regulations of those governing authorities. If we talk of the entire country, it will be a few hundred such amendments that will have to be done overall.

When all of this was done, we reached a point that the return on investment may not be so meaningful. It seemed that it would be too much of work for too little benefit. Then we also looked at telecom data, so there was pre-paid and postpaid. Then it was decided to take postpaid data. But for that to go ahead, something needs to be changed in telecom regulations. Because of that telecom is pending.

In insurance, it has been established that there is a correlation between credit history and insurance premiums paid. But again, there is another regulator there. While we talk about so many things, no clear thing has come out yet. For us, we are hungry for data. (And) even with the existing available data so much can be done. RBI is also evaluating what alternative data can be used by credit bureaus.

Fintech companies are also talking about using social media data. How is social that data used?

The entire idea is about predicting the probability of default in the future. Looking at someone’s behaviour, it can be predicted to some extent if the person will buy something or will default on something. With so much data in social media, definitely something can be predicted but how much can you rely on it or is it legally allowed to be done? These are the difficult parts.

People can, maybe, use it as supporting data and not the main data. Right now, people are using it to verify the information and intent of a person. A (traditional) credit score will show likelihood of repayment, social media can show you the intent. Suppose your social media details and your CV have the same details, so you may not be a person trying to show a different personality in different forums. Then I might be a little more comfortable that broadly your intent is reasonably clear. But social media is self-declared and self-managed, so I can actually cheat the system. As a credit bureau, we only use reliable and authentic data. If we give a score based on unreliable data, the entire assessment of the individual can become shaky.

So much data moving around also raises questions on security. Credit bureaus also have tie-ups with fintech companies selling third-party products. How do they get access to consumer data?

Credit bureaus can provide information to credit institutions, the specified users, like telecom and insurance companies, credit rating agencies, Sebi, Sebi-registered brokers or consumers. So as a consumer, I can give my consent to give my credit data. I can authorize some company to get my data and help me in taking some decision. In those scenarios, if the consent has been provided by a consumer to a particular institution, then we can provide that data to that institution. It is actually happening based on consent.

But can I withdraw this consent? A lot of consumers are giving ‘irrevocable’ consent according to the terms and conditions of those platforms.

The government is working on a data protection framework and we have also shared our inputs for that. These concepts of who actually owns the data and what all can be done with that data will be clear once that framework is in place. But yes, right now this clarity is not explicitly there.